March 5, 2021Patchwork Foundation
Noreen is the co-founder of Muslim Women Connect and recently launched ‘The Inbetween’, a podcast and space for people navigating the messy middle. She’s a community builder and has worked in the not for profit sector for several years.
First of all, what are you up to at the moment?

I was working as Programme Manager at a Foundation that helps young people start their own businesses. I worked on establishing a range of exciting programmes to support young entrepreneurs including mentoring programmes and pitching events. It was really exciting to see how resilient and innovative young people are and the potential of entrepreneurship to transform lives, especially during the current climate.

I recently got made redundant as a result of the pandemic (it has basically annihilated a lot of the charity sector) but this setback led me on to a new journey. I’ve just launched a project called ‘The In-between.’

Can you tell us a bit more about The In-between?

The In- between is currently a podcast for those who are navigating the messy middle. We talk to people who are going through it and draw inspiration from their journey. People always talk about the ‘end goal’ and ‘making it’, but it’s very rare that you catch someone when they’re in ‘the middle’ – when they’re figuring things out, when they’re applying for jobs, when they’re the most vulnerable and have no idea what they’re doing with their life, and actually I think that’s when all of the growth happens.

For a lot of people, it’s a really isolated, lonely time. They dread when people ask them what they’re doing, because so much of our worth is attached to our salary and our job titles. In the near future I want to develop the In-between into a community space where people who are navigating the ‘in-between’ can come as they are, connect with others and dream again.

This isn’t the first organisation you’ve created. You also co-founded Muslim Women Connect – can you tell us more about that?

I started Muslim Women Connect not long after I graduated from the Patchwork Masterclass Programme. For me, it was about creating an organization that I needed at the time. I felt like I couldn’t find anyone who looks like me, who had the specific challenges that I have. These women existed, and there were women working in media and politics, but it felt so disconnected. My friend and I were literally in a restaurant one day and we were just like ‘why don’t we create it?’ So I think for us, it was just like, let’s start something which is really impactful that just does a really simple thing, which is connecting people. The easiest way we could do that is by starting a mentoring scheme, and by being the in-between people who could connect people together.

We started that four years ago, and we did a range of things, from a 6-month mentoring problem to a TEDx-style series for school. The impact that we saw from it was amazing. So many of the mentees that were on it ended up getting really incredible jobs and even wrote parliamentary reports. Being able to see the growth of the organization and all the people who’ve been a part of it has been really incredible.

You’ve done so many amazing things in your career and been part of so many projects that focus on empowerment and creating change – what is it that drives you and your career choices?

It’s such a millennial clichéd thing to say, but since I was quite young I’ve always been really interested in doing work with a purpose. When I was younger I was really involved in campaigning and helping out groups that were doing something for the community. It was in doing those small roles – whether it was volunteering at a farm or a refugee centre – that I found a lot of meaning and purpose. That energy and knowing that you’re creating something that is actually making a difference, that’s what I wanted to feel at the end of the day when I was looking for new jobs.

That being said, I always say it’s more important to know what you don’t want than what you do want. I don’t think it’s about ‘finding the perfect job’, it’s just about trying lots of new things and seeing what gives you energy, and that’s what’s been a guiding light for me.

What would you say has been your proudest achievement so far?

It would be starting Muslim Women Connect. There’s something about starting something from scratch, with no funding, and being able to see it grow so much.

For me, it was also that when I stepped down last year after four years, I could leave and it was able to continue. When we started, we knew we didn’t want to be those leaders who stay in something just for the sake of it, clinging on to the fact that we were founders.

When you start something, and – especially when it’s voluntary – you end up doing so much work from pure passion, it’s inevitable that that passion will eventually go somewhere else or you’ll want to move on one day. So, for me what I’m most proud of is being able to start something, step away from it, and see it still standing. I’ve also become a mentor for the programme, which felt like a very full circle moment.

If we didn’t have the right people in place, we would never have felt comfortable giving it to just anyone, but the way that the team grew over the past four years was perfect and we were elated when someone within the team accepted the position as director, because we knew they would do an incredible job. It felt like everything aligned. It feels good to know that you have a team that aligns with the values that you set out with.

What are some projects you’d like to explore next in your career?

The last few years have led me to see how impactful things like mentoring are, and how business and innovation can help people get out of poverty. In the future I’d love to start up an incubator programme for women in developing countries.

But for now I’m really excited to see where ‘In-between’ goes, because I think it could be a really incredible space for minds to come together. Over the last seven years I’ve realized I really love connecting people and building communities. Seeing two people who I think would be good together, or for example seeing somebody who’s amazing at tech and then someone who’s got a really good idea for a charity, and connecting them and seeing the magic that happens – I think there’s something really special about that. Just creating a space where people feel more comfortable being themselves, and not feeling like they have to constantly be defined by all these pressures around us.

Why did you join Patchwork, and what did you gain from it?

In 2019 you were accepted onto the Patchwork International Visitor’s Leadership Programme with the US Embassy. How was that experience?

I think the IVLP was the best part of my Patchwork experience. It was a really life-changing opportunity for me and I met people on that programme who are still really good friends of mine, and who are doing amazing things and who inspire me every day. It was amazing being able to see community groups in America and how small communities grow, as well as how nuanced politics are.

Throughout this whole journey, I’ve realized that while I think politics are important, the path that I’ve taken is ‘how do you make the most impact you can make locally?’, and that’s the route I’ve chosen to take. When I first left university, I worked at a global charity, and it was all about alleviating poverty and understanding the root causes of all the different issues in the world. I think that’s so important, but I also think that you can get so bogged down by thinking about all these huge problems, and that becomes really paralyzing. What America taught me was that if everyone just concentrated on one thing, we’d be in such a better position. Because we’re constantly fixated on the huge stuff, we think that the small things will never lead us to fixing those big issues, but that’s how change happens. It’s so easy to overlook the small, consistent community building and grassroots work. It taught me to focus on something small and build, and not to be so afraid of failure.

What would your advice be to fellow Patchworkers about making a difference?

Don’t overthink it. The biggest barrier facing most people is the fear of failure, not starting things because you’re scared of them failing, or it not working out, or it not being big enough, or it not gaining that much traction. I think especially with social media and everybody watching your every move and waiting for you to fail, it’s so important just to keep your intentions pure. Focus on something you care about, even if it’s just one thing, and figure out how you can make the most impact with what you have. Start where you are, with what you have, and see where it goes.

It’s up to people who have good ideas, who do things differently, and who are passionate about things to just do it!

You can keep up to date with The In-between here: https://www.linkedin.com/company/the-in-between/?viewAsMember=true and first podcast episode here: https://open.spotify.com/show/7JPoC8jCJbSnRYLGcGBVAc 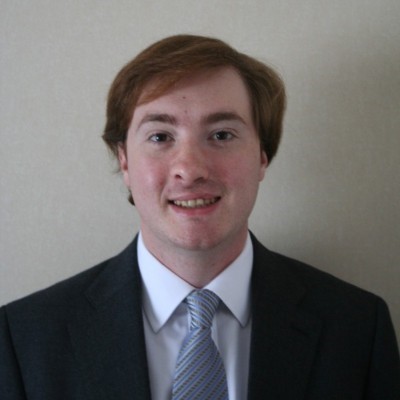 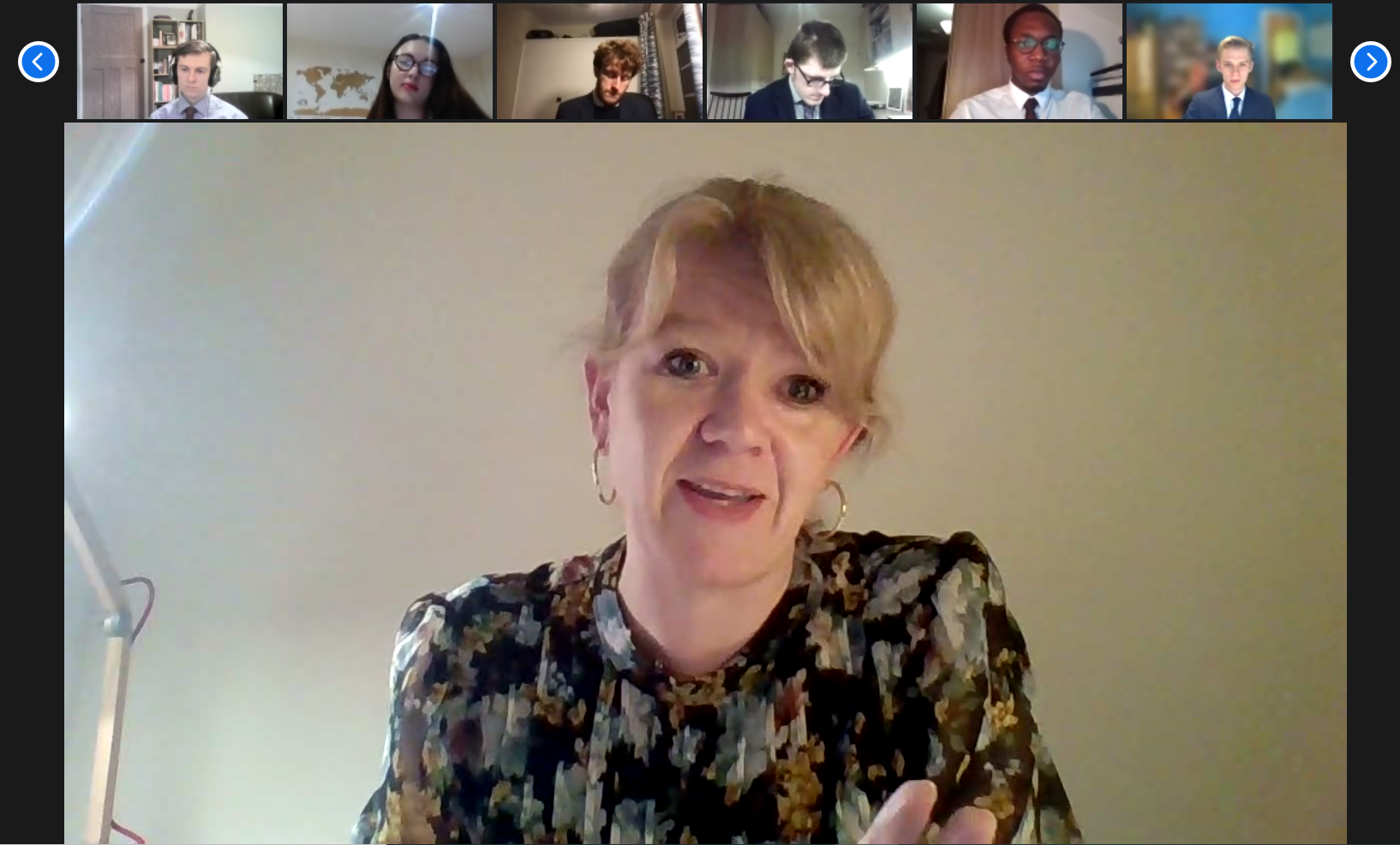 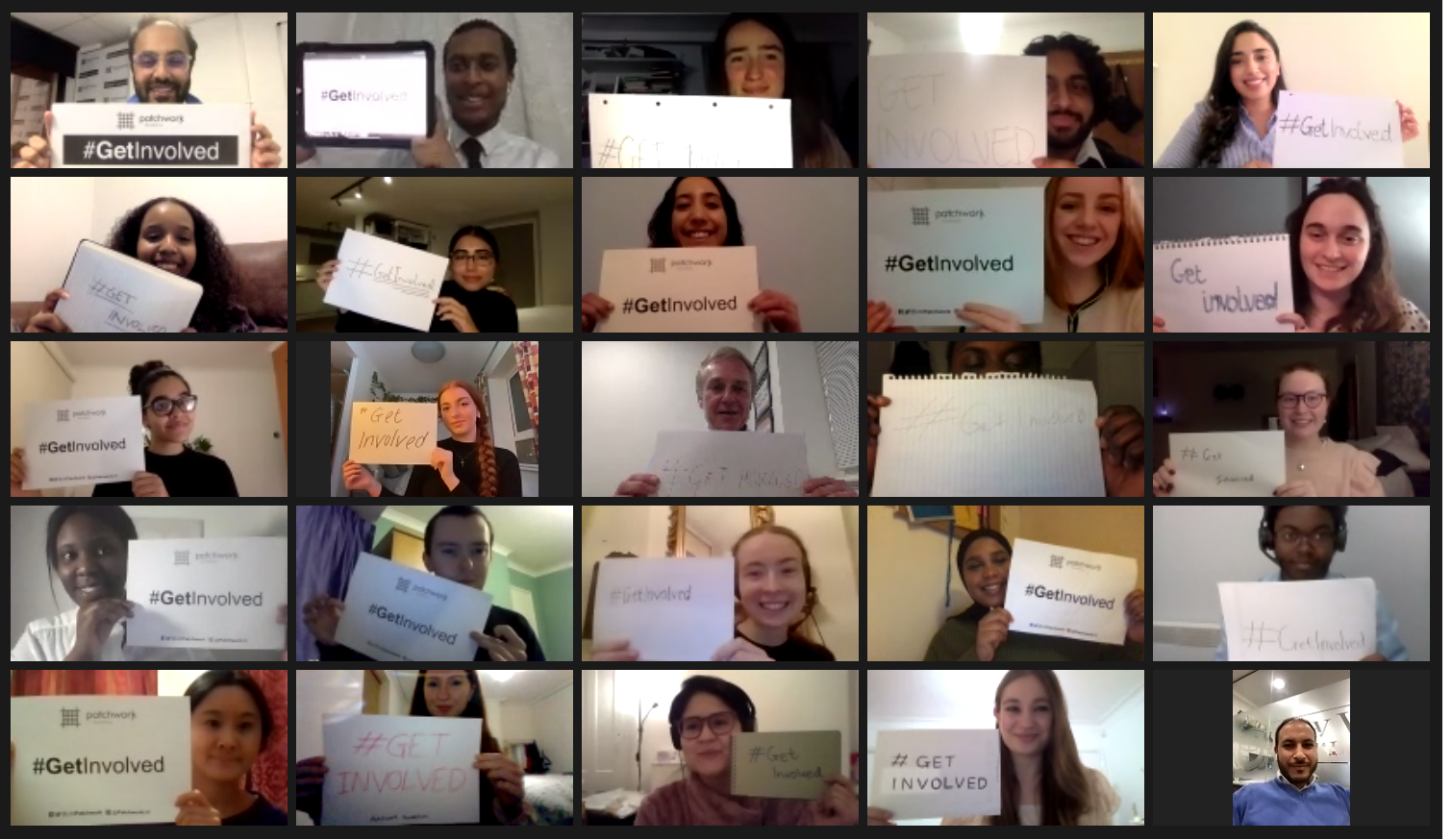